The Hamlets at Penticton 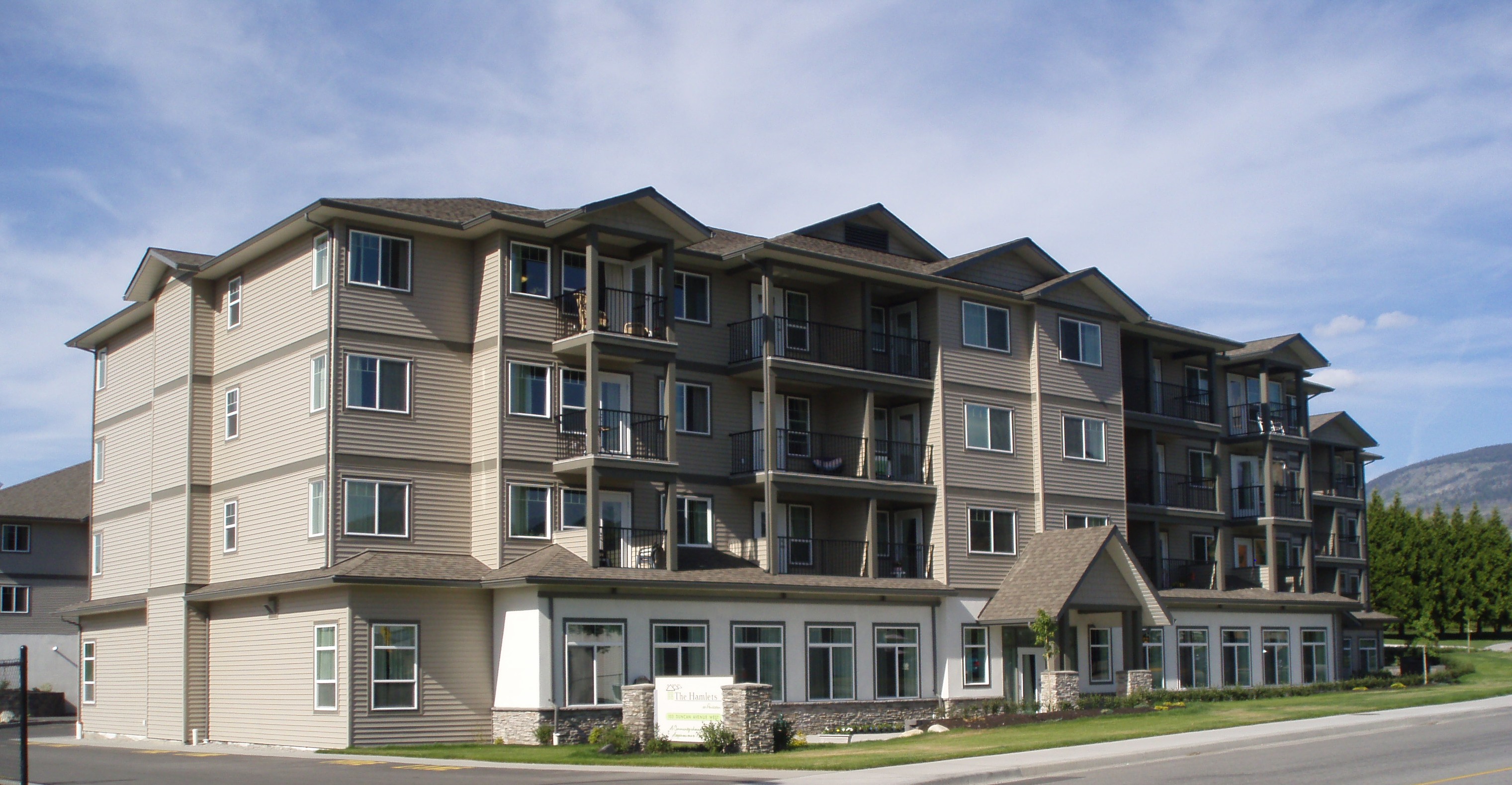 The Hamlets at Penticton

The Hamlets at Penticton is a 125,000 square foot Care Facility on 2.2 acres of land with 98 Long Term Care beds, 53 Assisted Living suites, and 56 underground parking spaces. This building is equipped with geothermal heating and cooling which is water drawn through two wells and pumped out through two others on an open-loop system.

Construction of this project was running very smoothly and partial occupancy was about to commence when a fire on April 6, 2008, caused approximately $11,000,000 of damage. The Assisted Living, which was just framed, burned down to the suspended slab and two of the care buildings were badly damaged. Despite this incredible set-back, one of the buildings was able to be opened in July as scheduled and the others followed closely in September and October of 2008. The Assisted Living building which was completely destroyed was completed and ready for occupancy within 9 months – an amazing feat considering the situation which Tri City Canada is very proud of.